I am currently writing this in the RV using my son’s cell phone as a hot spot (we use Ting by the way and LOVE it so reasonable most months we pay right around $45 for service to 3 smartphones).

It has been two long-ish days of travel in a row for us, but we are now settled in our new area for a few days.

Our two teenagers are doing some school work while I write, not their favorite trip activity but necessary.

Now let’s get to what we got up to this last week. 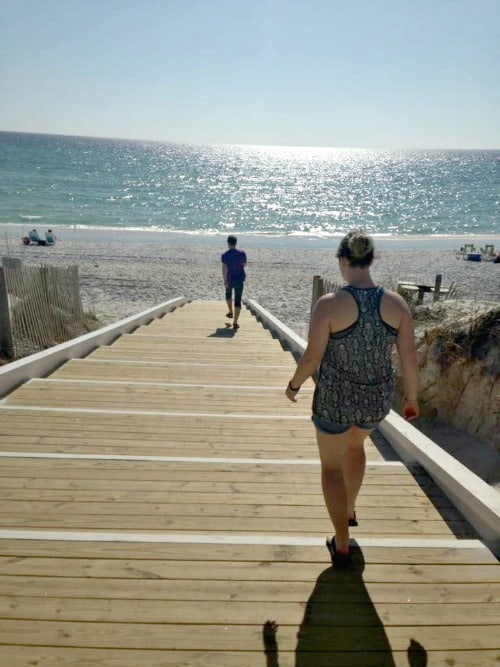 At the beginning of the week, we were still in the Niceville area of Florida. Monday my husband and I decided to spend one more afternoon strolling the beach.

The kids were a little beached out, but we thought they would perk up once they saw the sand and waves once again. I mean who wouldn’t love miles and miles of white sandy beaches.

Well…one of the three did perk up, and the others seemed to be okay too until we reached what became the last beach. You see it wasn’t going to be the last beach until the fight.

The fight happened of course at the most upscale beach we visited. It was lined with multi-million dollar homes, and when we pulled our 10-year-old truck into the parking lot, I already felt extremely out of place.

We all descended this grand staircase down to the beach. At the bottom was a lovely tidal pool of warm ocean water. One child playfully splashed another, and the splashed child returned the action with fistfuls of sand, and then the first child splashed the sand-throwing child with buckets of water then nasty words were shared between the two.

And that was our last afternoon on the white sandy beaches of the gulf coast of Florida. 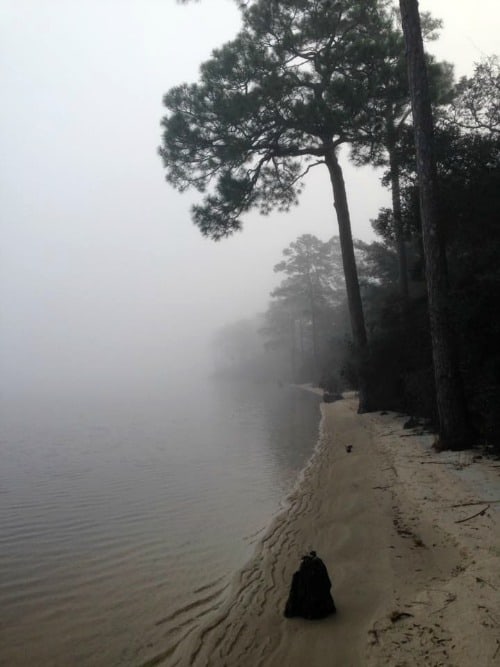 My husband and I decided perhaps what was needed to help the kids recharge their batteries was a day of nothing. And so on Tuesday, we took the kids nowhere.

I did work at Panera in the morning and came home just before a storm hit. It started out as a gentle rain, and so I thought I would take a comfy camp chair and a light blanket and sit in the middle of the covered picnic area listening to the rain while reading a book.

About 15 minutes later the gentle rain became a torrent, and the wind blew so hard that a large limb broke off a tree and fell on top of the camper by the picnic shelter. Luckily no one was hurt, but their trailer did sustain a good amount of damage.

I packed up my things and made a run back to the trailer for the rest of the storm. 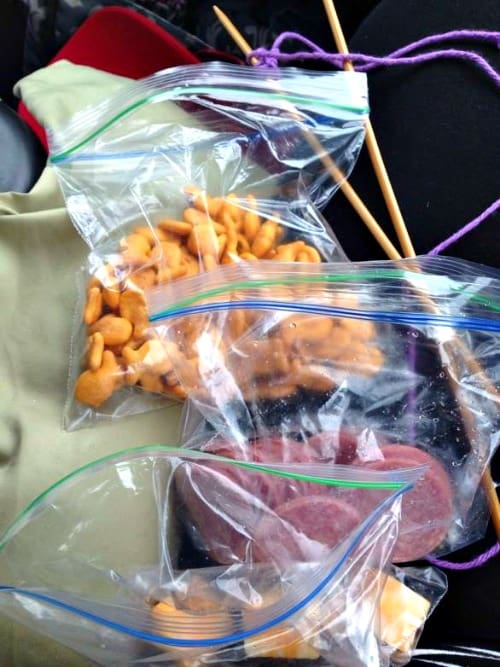 Wednesday we said goodbye to Fred Gannon Rocky Bayou State Park in Florida and headed to Fountainebleau State Park Louisiana which is about 45 minutes outside of New Orleans.

Our travel day routine has included packing a small cooler with water, a bag with a mix of different granola bars and other snacks and then we prepare a finger food lunch and stick it in the fridge in the RV until lunch time.

We don’t stop and eat instead we eat as we drive. This travel routine is saving us a lot of time and money. 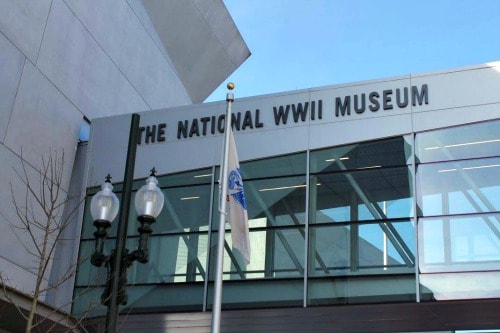 We had two full days in the area surrounding Fountainebleau State Park outside of New Orleans. We spent most of one day in New Orleans.

The first half of that day was spent at The National WWII Museum. This museum is very well done and if you ever have a chance to go make sure you go for the movie upgrade ticket–it is 100% worth it. 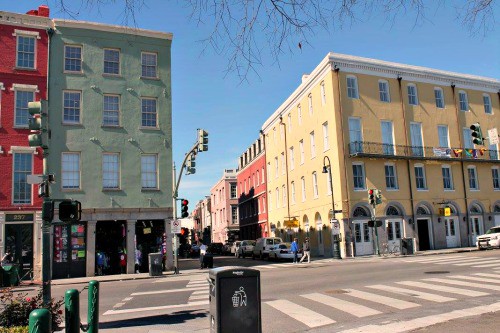 After the war museum, we headed down into the French Quarter for lunch. We are not big on shopping, so our time here was short, but we did enjoy taking in the architecture of the area as well as all the beautiful colors.

Oh, and I just had to try the Tabasco chocolate that you will find in all the shops in the area. I’ve got to tell you I was surprised by how much I liked it! 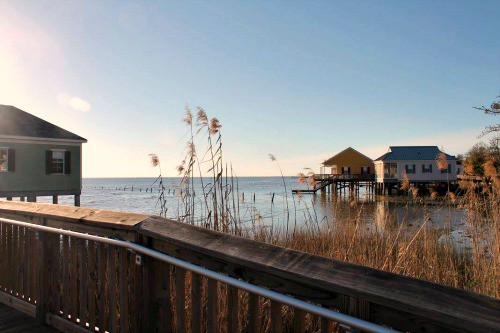 We had originally planned to spend more time in New Orleans and take in dinner as well as lunch, but on our first night at the Fountainebleau State Park, my husband and I made a discovery we knew the kids would love way more than a second meal out.

We found out the state park had two bedroom lake side cabins for rent at about the same price we would spend on a dinner for 5 of us in the city. We immediately booked one and surprised the kids with the news as we were heading into the city the next day.

They were thrilled. After being crammed in an RV for over a month, they loved having a bit more room to stretch out and get away from each other. It isn’t that they dislike each other, it is just that we are introverts raising introverts. We all recharge through time alone. Something that is hard to do in a 300 square foot RV.

They were also as thrilled as I was to take a shower in a real shower stall without shower shoes! 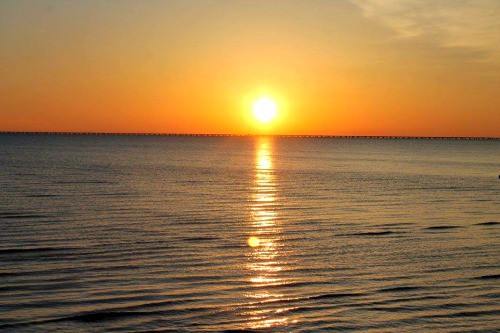 The highlight of our time in the cabin though was watching the sunset on the shores of the lake. I stayed outside and watched every last moment of it.

The next morning I got up early enough to see the moon go down on one side of the lake while the light of the sun brightened the sky of the other side. I soaked up every minute of it. 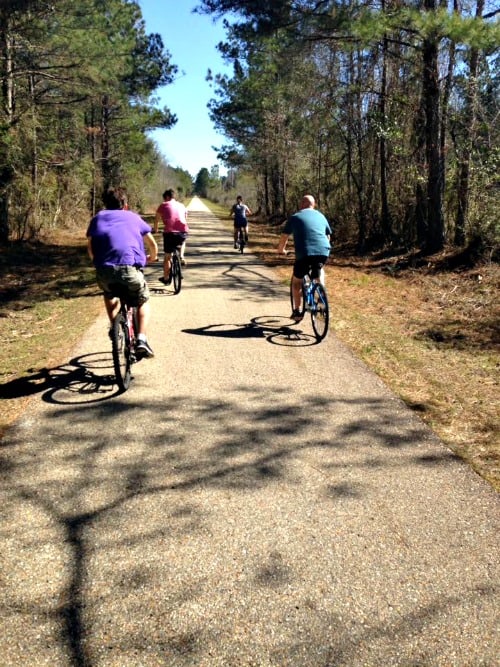 We returned to our RV, unpacked our belongings, had a quick lunch and then took off on a family bike ride.

We ended up going 30 miles total and not once did any of our three kids complain that they were tired. In fact, I think they could have gone farther, but my husband and I were done. I haven’t biked that far in months, and I was feeling it in–well–the trunk area. 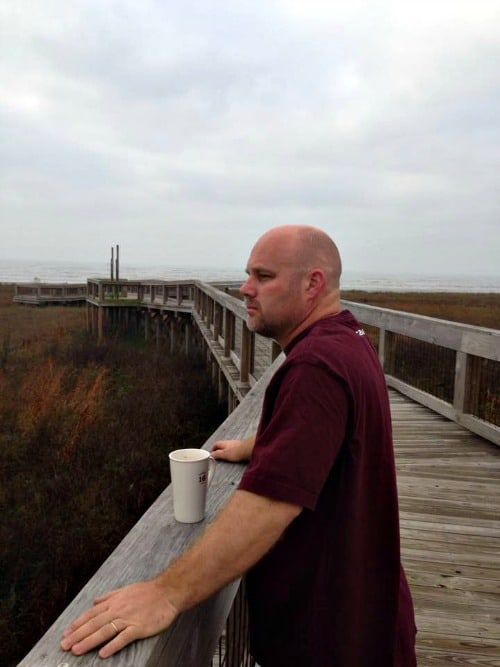 After the bike ride, my husband and I grabbed one more round of what is now a family favorite as well as some supplies for the next day of traveling.

This time we headed out of Louisiana and into Texas. We spent our first night in Texas at Sea Rim State Park.

We had an RV spot just a minute’s walk from the ocean. You could hear the waves roaring from the campground. The place was beautiful, but it came with a HUGE downside.

No showers, pit toilets and millions of mosquitoes. Yes, I am pretty sure millions is an accurate account. They started coming out when the sun went down and when it was fully down there were at least 20 to 30 on each of our RV windows trying to get inside to eat us.

They did mostly disappear in the morning when the sun came up, but none of us got out of there without at least one or more bites.

We only had one night at the park, so we took off first thing craving showers and flushing toilets. Thankfully our current spot has both. 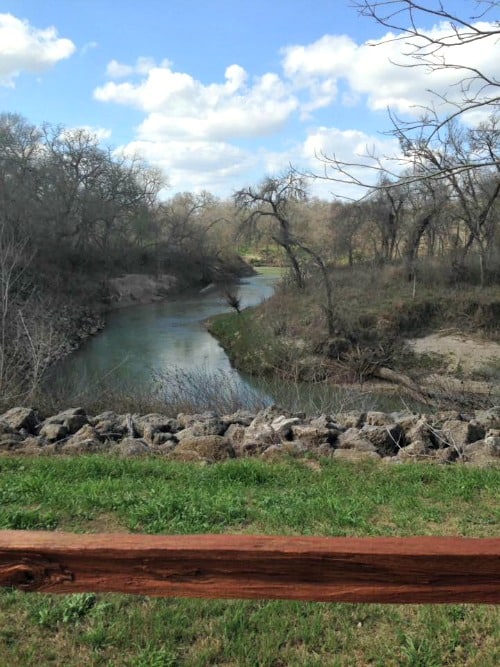 This is the view at the edge of our current campground. I am looking forward to filling you in on our adventures in this area next week.

Hopefully, those adventures include freshly made tacos because I heard they are excellent here in Texas.