This post is later than I wanted it to be. I plan to have travel updates posted on Mondays but due to spending the end of last week in campgrounds with either slow WiFi or no WiFi and no cell phone service, meaning zero chances of using my phone as a hot spot to do a bit of work I didn’t get it done until today.

This week we are again in a no WiFi campground with very spotty cell service, but we needed to come to town today to do errands. My husband was kind enough to drop me off at a local Starbucks to work while he got all the errands done for the family.

Getting work done during this trip is trickier than I thought it would be. Be patient with me as posts may be later than expected now and again. 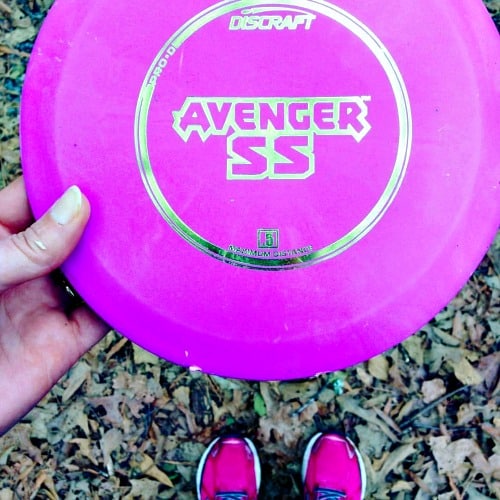 We kicked off our second week of camping with a round of disc golf as a family in one of Atlanta’s parks.

Disc golf is such a thrifty sport. The only cost is a disc. You can buy a whole set, but our family just plays with one apiece for now. It is so much fun, and all the courses we have used so far have been free of charge. We find out about them in the towns we visit with a simple internet search “disc golf courses in…” We like reading the reviews found on Yelp about the different courses before we pick one in the area. 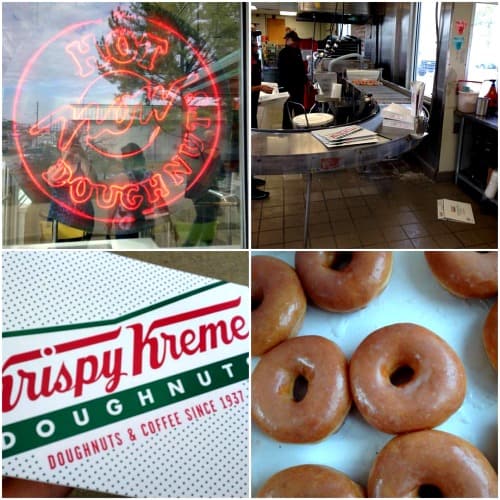 On our way home from disc golfing, we stopped at Krispy Kreme for a dozen doughnuts. This might not seem very exciting to some, but for us, it was a trip highlight. They closed down the Krispy Kreme in Fort Wayne, which is the closest one we used to visit, years ago and we have missed their hot and fresh goodness ever since. 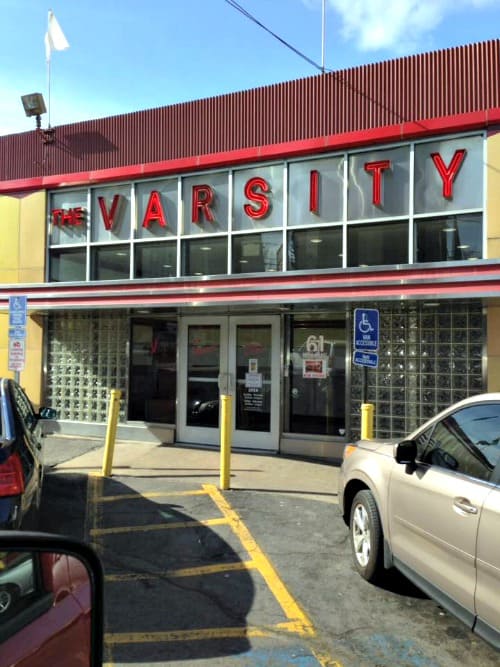 Later in the week, we enjoyed a visit to the iconic Varsity in downtown Atlanta. This is the biggest drive-in restaurant in the world. It can fit and serve 600 cars outside and over 800 people inside.

We ate inside, and I tried the slaw dog. It is basically a hot dog with coleslaw on it. I would never have thought the two would go together, but they were delicious.  I also had the frosted orange shake. That was REALLY good. 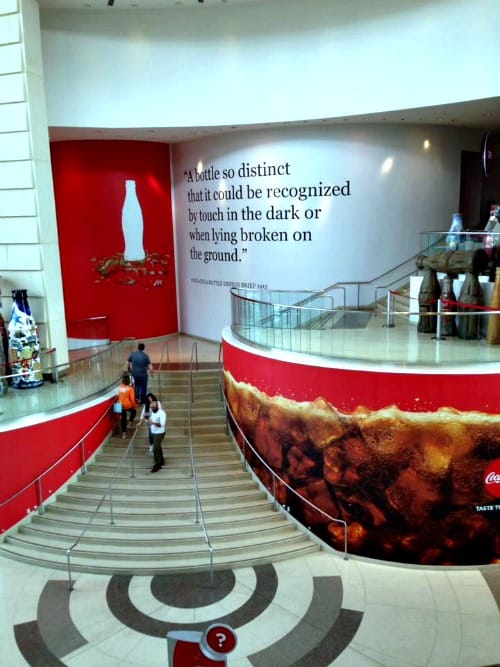 After lunch at The Varsity, we headed over to the World Of Coca-Cola. In my opinion, if you want to improve your marketing skills, you could learn a lot from this museum. Coca-Cola truly is a marketing wizard. I learned a lot about building a successful brand the afternoon we were there.

Our favorite part of the museum was the tasting area. I had no idea the company created that many different types of beverages around the world. If you go, get your loved ones to try “Beverly” and have your camera ready for the face they make. I tried so hard to get a picture of my kids trying it but missed it every time due to laughing so hard.

Of course, you just might like Beverly. If so–I am sorry, taste is, of course, a personal thing. As for our family, 5 out of 5 did not enjoy it.

Psst…Admission to  The World Of Coca-Cola was included in the CityPASS we used to explore Atlanta sites for close to 50% off. 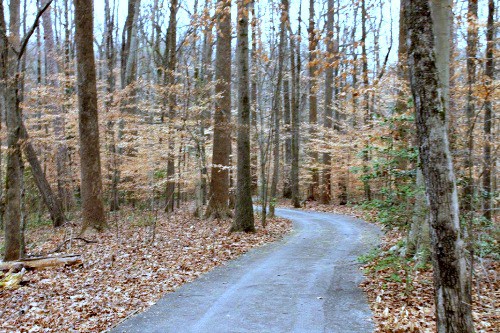 We spent the morning of our last full day in Atlanta at the Fernbank Museum of Natural History. The building itself held several exhibits but our favorite part of the morning was exploring the Fernbank Forest.

It was a beautiful warm winter day in Atlanta and the colors in the woods made for some great family shots. The hike around the loop in the woods was very easy. You could push a stroller through most of it with little problem. If you wanted just to do the woods and not the museum I don’t think there would be a cost as I saw several entrances off various streets in the area.

This was the last CityPASS attraction for Atlanta that we saw. I enjoyed all five places included in the pass, and our thrifty family loved the savings it gave us as we explored Atlanta. We are already looking into using the CityPASS for Seattle. 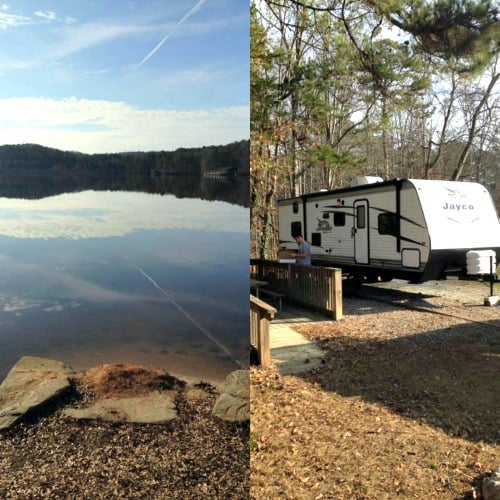 On Thursday we said goodbye to Atlanta to explore other areas in Georgia. I was sad to leave our campsite at Stone Mountain.

Despite the horrifically busy Atlanta traffic I truly did love our time in Atlanta. The strange thing is, Atlanta was not on our original trip plan. We had planned to spend some time on the coast of North and South Carolina, but then Hurricane Matthew caused damage to the campsites we had booked causing them to cancel our reservations.

We decided on Atlanta as a fallback. Now I want to go back to Atlanta as a winter weather escape from Indiana every year!

That is if I can convince my husband to face their crazy traffic again. We missed being involved in an accident by mere seconds so that could be hard. It shook both of us up for days. I honestly don’t know how we were not hit, except by God’s mercy. The other car went spinning in front of us so close that I braced for impact–thankfully it didn’t happen. 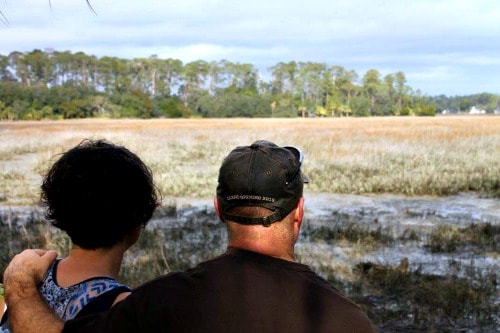 Thursday evening we pulled into Skidaway Island State Park. I immediately fell in love with the trees dripping with Spanish moss.

Friday morning we headed out for a family hike in the park and enjoyed the sites of marshland mixed with more moss covered trees. 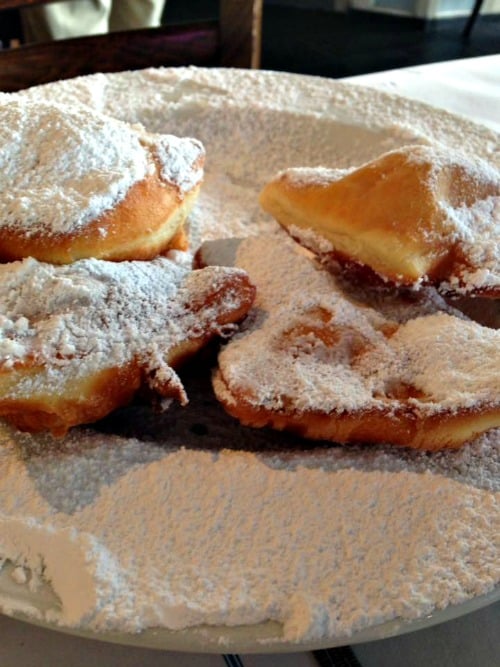 Friday afternoon we headed into Savannah and tried Beignets for the first time. OH MY! They were excellent. So good our family had no problem polishing off a dozen between the 5 of us. (we got ours at Huey’s On The River, excellent restaurant). 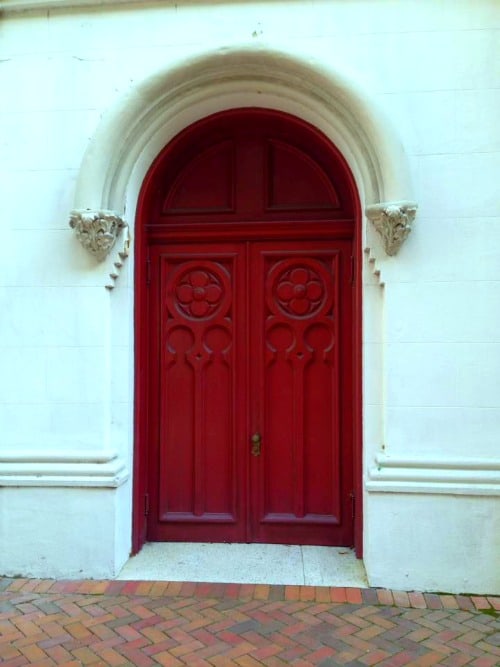 We walked around the historic downtown area of Savannah until I thought my feet were going to fall off. The buildings were rich in stunning architectural features. 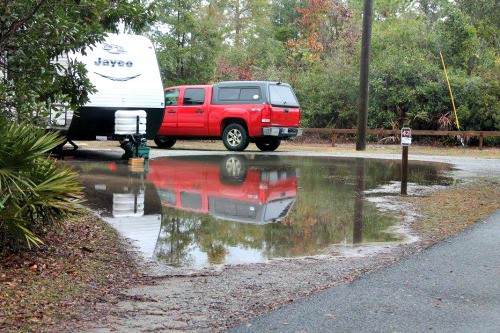 Saturday we headed to our campsite at Crooked River state park just outside St Mary’s, Georgia. When we arrived, I swear there wasn’t a single puddle in our campground. However, it started raining Saturday night, then Sunday it rained harder and harder. Sunday afternoon it cleared a little, and when we got out of our RV, we realized we were now parked in a lake.

Thankfully it dried up before we pulled out Monday afternoon. We are now safe and sound in Florida.

I emphasized safe and sound because Sunday during the church service we attended the local pastor stood up and said: “We are going to make this service shorter than usual and cancel all afternoon activities.” He then went on the say the reason for the cancellation was that there was the worst threat of a tornado the area had ever seen in its history on its way.

Thankfully it didn’t hit, but it was yet another reminder on this trip that life is precious. Soak up the moments.