With week 17 behind us, I just realized, we are starting week 18, and that means we have just five weeks left of our 22 week RV road trip.

The realization fills me with all sorts of emotions. Part of me can’t wait to get home to enjoy real defined rooms with doors instead of curtains, but a larger part of me doesn’t want the journey to end so quick.

I feel as though we have just scraped the surface of all the beauty North America has to offer. I am also loving living with less stuff. I can feel a significant need to purge what we left behind during the trip growing within me. I don’t miss a single possession I left behind. I miss friends and as I said rooms, but little else.  Well, there is one item I do miss: my couch. The one in the RV just isn’t as comfy.

Now let’s dig in to what my family explored this week. 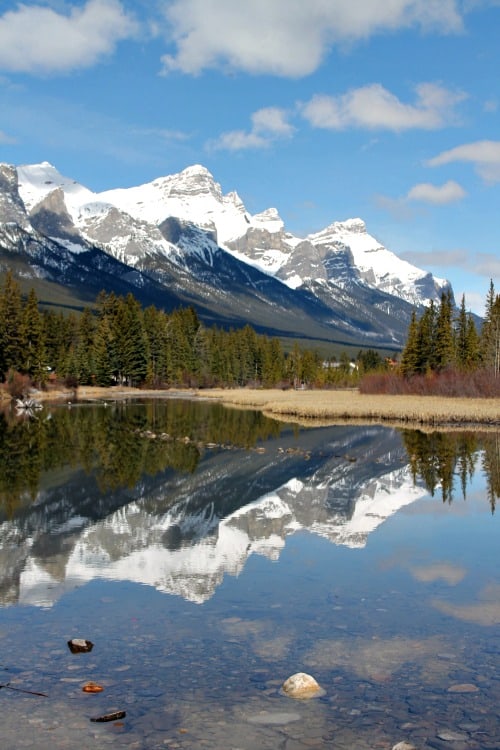 We spent Sunday afternoon through Wednesday morning exploring the Canadian Rockies. We stayed in the town of Canmore Alberta. The views of the mountains from our camping trailer were fantastic. White snow-capped mountains everywhere you looked. 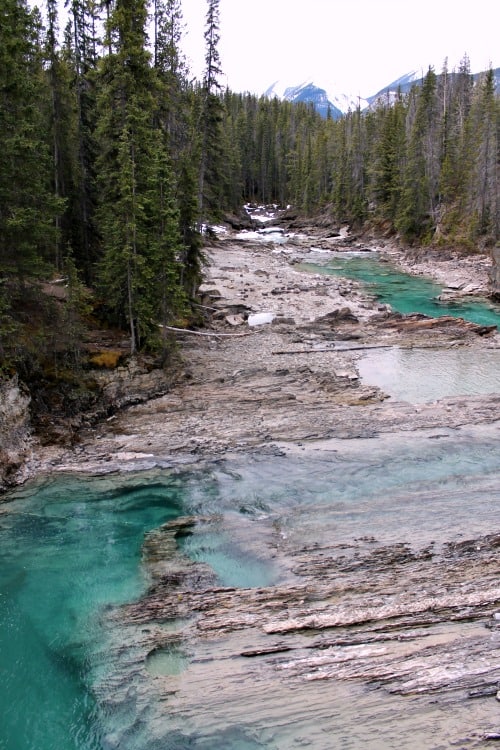 We took the kids to the Natural Land Bridge at Yoho National Park. The land bridge is now in two pieces due to erosion, but the view of the falls and the aqua blue water in the river below is such a beautiful sight. 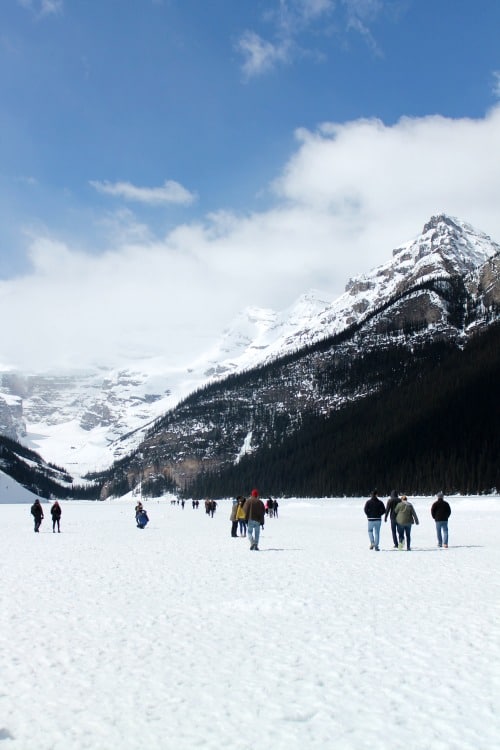 The same day we went to the land bridge we also took the kids to two nearby mountain lakes that Jack and I have enjoyed in trips past. We thought we would be able to show our children the brilliant blue waters contained in the lakes. Instead, we ended up allowing them to walk on the still frozen waters of Lake Louise.

The other lake, Lake Emerald, was also frozen. So we ended up telling the kids to simply imagine the blue waters they saw at the falls in the lake they were now walking on. Not exactly the site we were hoping for, but still, it is kind of cool to get to walk on water. 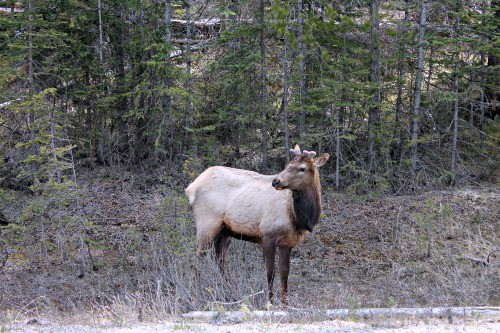 While in the Rockies we saw many elks. One night I was sitting outside reading my book and when I looked up one was approximately 8 feet away from me and staring. The whole experience seemed so surreal. They didn’t seem bothered by my presence at all. 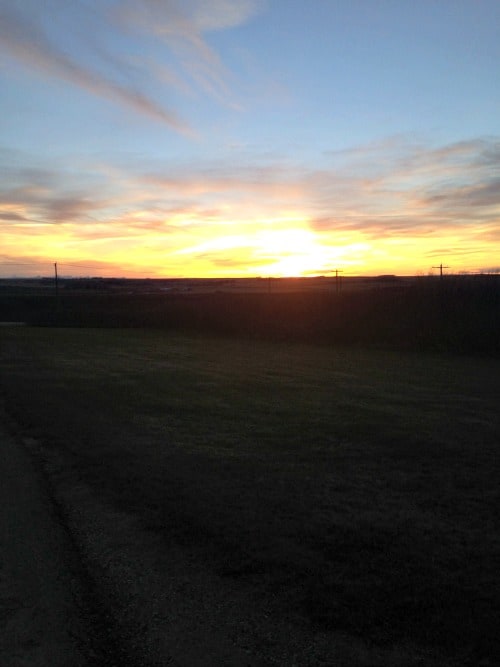 Wednesday we left the Rockies for the city of Airdrie, which is just outside Calgary, Alberta. The first thing I noticed here is that their sunsets and sunrises are just as pretty as the ones in Indiana. 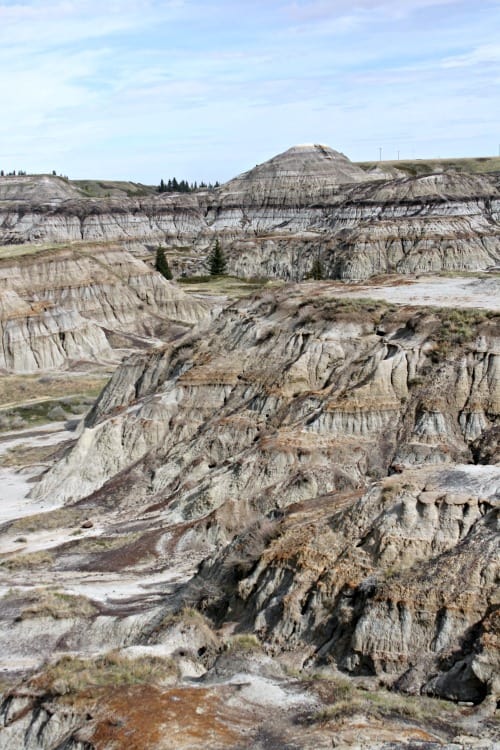 Friday, however, we got out to explore the area. We took a road trip to nearby Drumheller where the environment differs quite a bit from the rest of Alberta.

Our first stop was Horseshoe Canyon, which reminded me of the Painted Desert in Arizona that we saw during week 7 of our trip but on a much smaller scale. 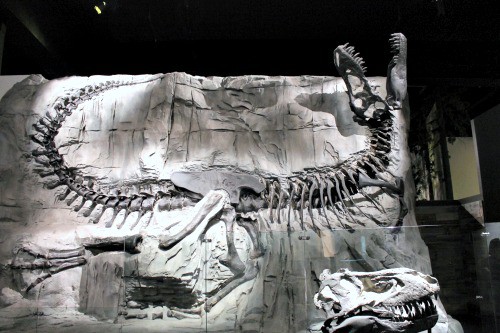 After a brief stop at the World’s Largest Dinosaur (here is a picture of it on Facebook), we went to the Royal Tyrrell Museum which is filled with dinosaur fossils found throughout Alberta. 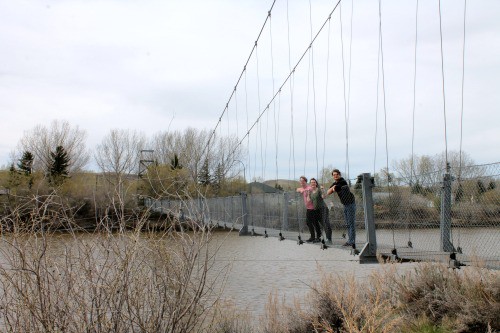 With a good chunk of the day still available for exploring we went to the nearby Star Mine Suspension Bridge. This suspension bridge swayed a lot more than the one we went to in the Lynn Valley. It was longer too. And the bottom was a wire mesh. Yes, it was sturdy, but it was a bit disconcerting seeing the water below my feet as the kids hopped and skipped across making the bridge sway. 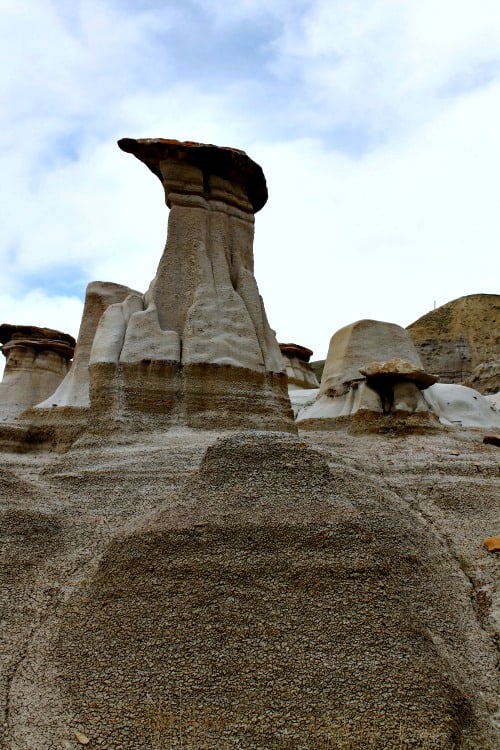 Our last stop of the day was the Hoodoos. For some reason, I thought they would be larger than they were. They stood just a few feet taller than me, and there were only half a dozen or so. It was still neat to see them and explore the surrounding hills. 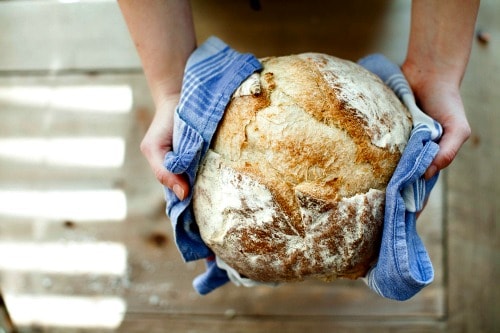 What we discovered is that time and miles do not end genuine relationships. Pretty much every time we visited a new family, we left feeling like there were only days between our last visit with them instead of 10 to as much as 15 YEARS.

Starting this week when we cross the border into the USA it will be just our family of 5 at the dinner table each night for the duration of the trip. The people we caught up with will be missed, but we hope to see them again, with much less time between visits than we allowed last time.

Thank goodness for Facebook updates and messages to bridge the gap miles create! Sure, social media has its downfalls, but it is also so good at keeping us connected with those we love from afar.

Week 17 Update: The Canadian Rockies, Drumheller (you are here)