Due to technical problems that made it impossible to write this post until today, we are currently part way through week 11 of our 22-week trip. Which means we are officially past the halfway mark of our travels.

How on earth did that happen?! At first, the trip often felt like it was crawling by, but then we got into a good routine, traveling began to feel normal, and longings for home disappeared–since then the trip seems like it is flying.

Now, I still miss my friends and my bathroom dearly–but daily exploration and frequent moving feels normal. The RV now has that “so good to be home” feel at the end of the day.

Of course, some of it all depends on the area we area in, the weather and a certain “cycle” that effects my mood…but let’s not get too TMI. On to this week’s photos. 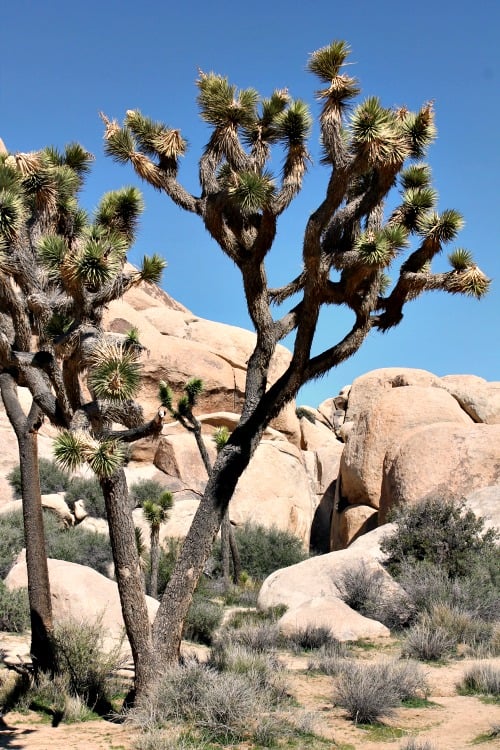 We started out week 10 of the trip exploring Joshua Tree National Park. My husband’s aunt and uncle, who were also visiting my husband’s parents in Dessert Springs, joined us.

Joshua trees are so unique, and we even got to see some with blossoms, which apparently doesn’t happen often. One short hike during our day treated us to a fantastic view of the Palm Springs area. 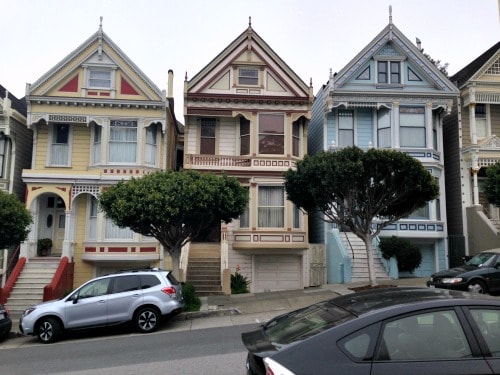 However, except for Sunday, we didn’t spend much time there. In fact one night we didn’t stay there at all.

We got up early Wednesday and took a two and a half hour drive into San Fransisco. Right away I started noticing the amazing architecture of the area. I LOVE historical homes, and they are all around the city of San Fransisco.

And yes, that is the “Full House” house in the picture above. 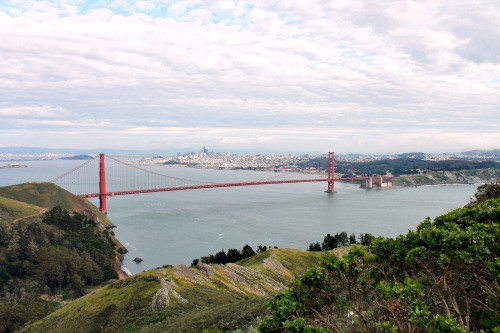 We stopped at one end to walk half way across it and back and then headed up a nearby lookout to view its entirety. 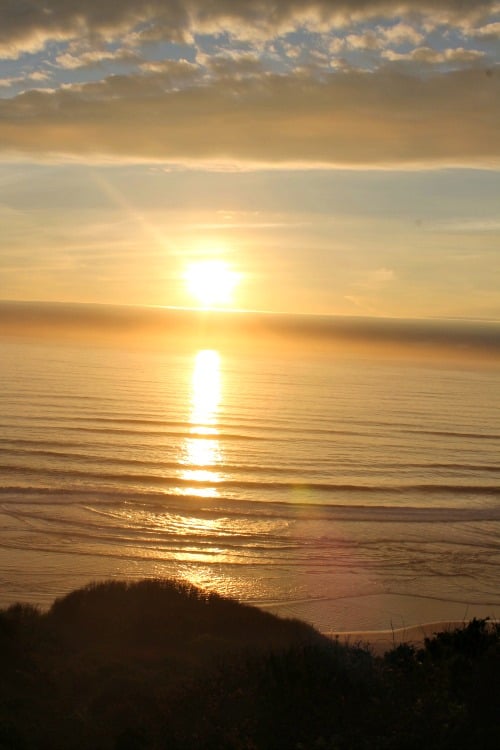 We then left the city via highway one and started enjoying fantastic ocean views. When the sun began to set, we pulled over and sat as a family watching as the sun slowly disappeared into the ocean.

At almost 8:00 p.m. we pulled into the town of Santa Cruz and checked into the most rundown hotel I have ever stayed at in my 43 years of life–but the price was right, and truthfully we were not in it long. 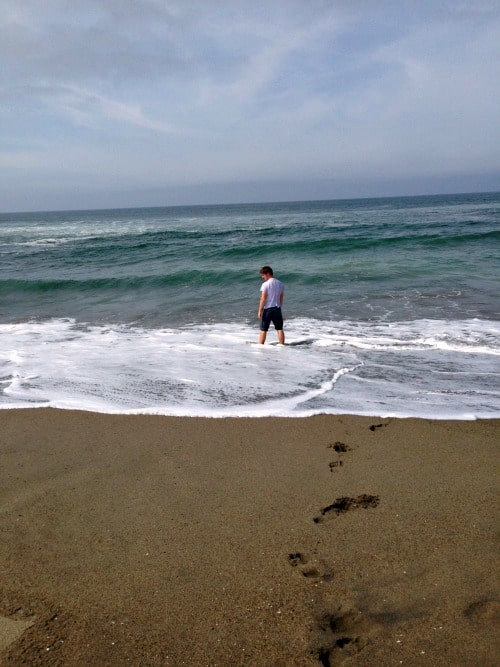 We got up by 8:00 the next morning to explore more of the seaside. We spent most of the day driving south down highway one stopping whenever we saw a beach that was calling our name.

Sometimes we spent time playing in the waves… 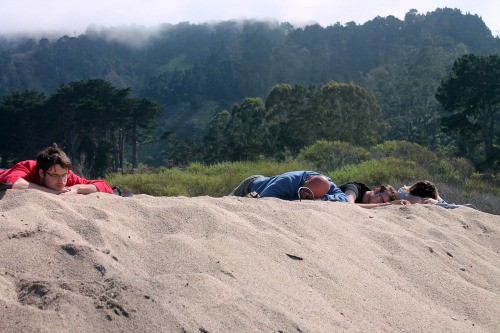 and sometimes we allowed the sound of the waves to send us into afternoon slumber.

At the end of the day, I honestly didn’t want to leave the area. My senses were overflowing from all the beauty I had seen that day. 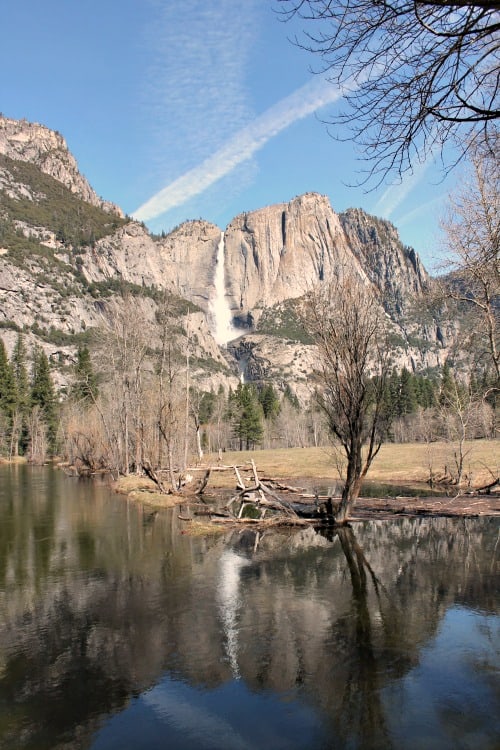 But the next day was filled with more beauty. Friday we got up early once again and headed out to Yosemite National park. As we entered the park, we heard the incredible roar of the Merced river. After pulling over to enjoy the sight of the fast flowing river, we headed to the first of the four waterfalls in the park. 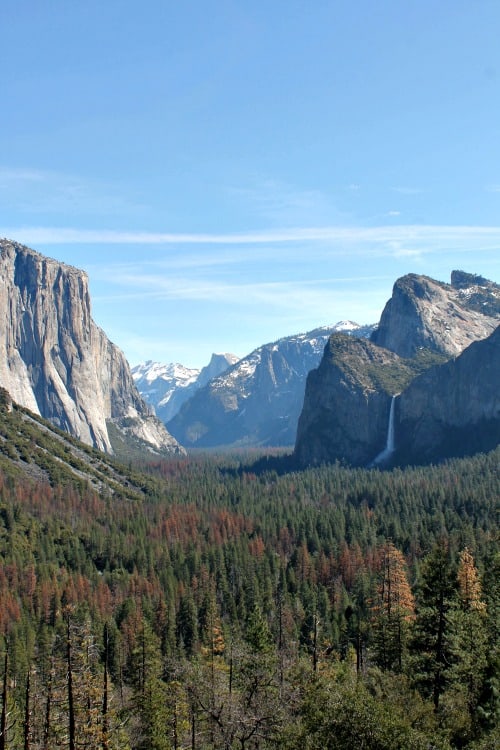 The views were fantastic. If you ever visit the area make sure you go up to the Tunnel Lookout. There you can see the view in this picture above. 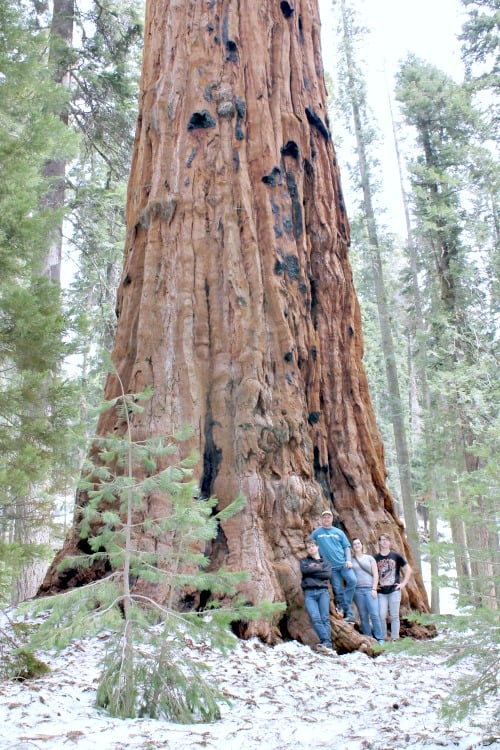 Saturday we explored one more national park before heading out of the area–Sequoia National Park.

The winding road up the mountaintop was full of amazing views, but small trees. I was left wondering where exactly the BIG trees were–until we turned one particular corner just past the summit. As we turned that corner, suddenly they appeared: giant sequoia trees.

We quickly found a place to pull over and all got out to get close to the giants. We spent the next several hours exploring them all. 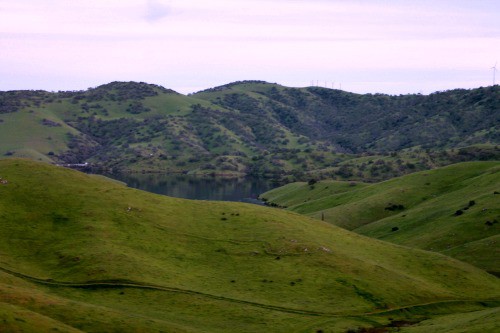 One last thing that I enjoyed the entire week was the green hills in the area. Every day we drove through them on the way to wherever we were exploring. Roaming them were cows of red and black.

I have heard that normally they aren’t this green, but California has had an unusual amount of rain over the winter. If that is true, it is too bad because their green coverings add so much beauty to the state.