By the time this gets published Monday morning, we will be on the last day of our journey home.

What a trip this has been. I feel so incredibly blessed to have taken it. I now have a deeper understanding of just how beautiful, and geographically vast North America is–and I have fallen in love with every square inch of it.

Now on to what we explored during the last full week of our RV trip. 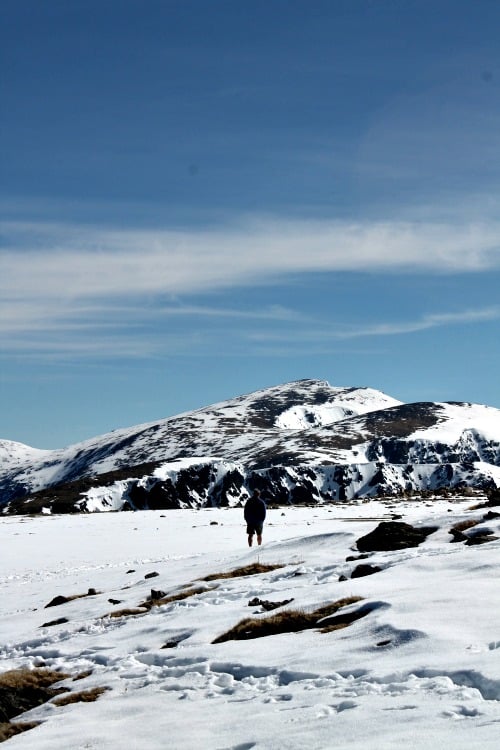 We started off our last week of exploring with a trip to Rocky Mountain National Park. 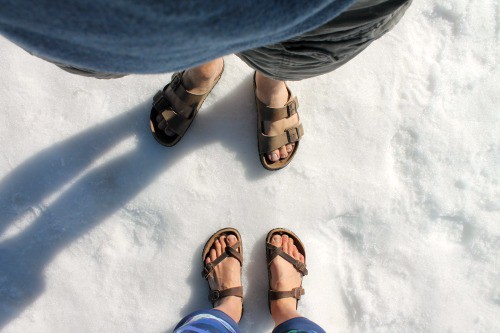 It was snow–and lots of it! Feet and feet of it. After getting out at the first snow covered spot my husband and I swapped our Birkenstocks  for much more practical runners and socks. Thank goodness we had put them in the back of the truck before we left that morning. 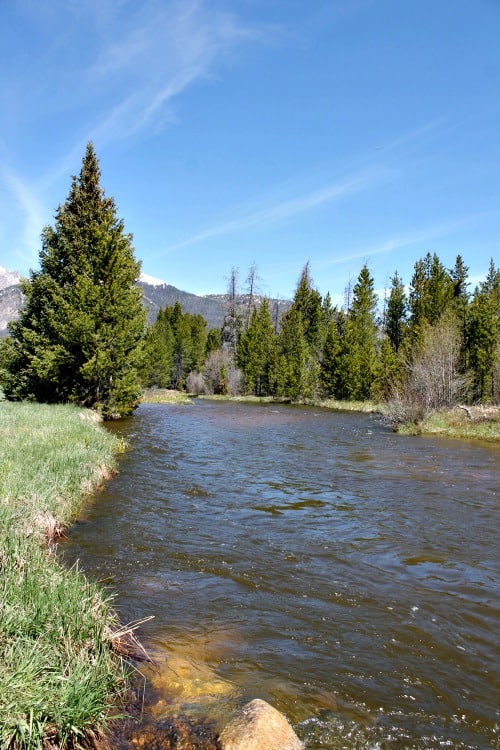 Once we were done with the mountains and back down in the valley, we viewed the beginning of the Colorado River. Its humble beginnings had me surprised. This is the same river powers entire cities downstream through five hydro dams.

For me, this site was a great reminder that powerful things can start small. Little actions can add up. Small beginnings can lead to great things. 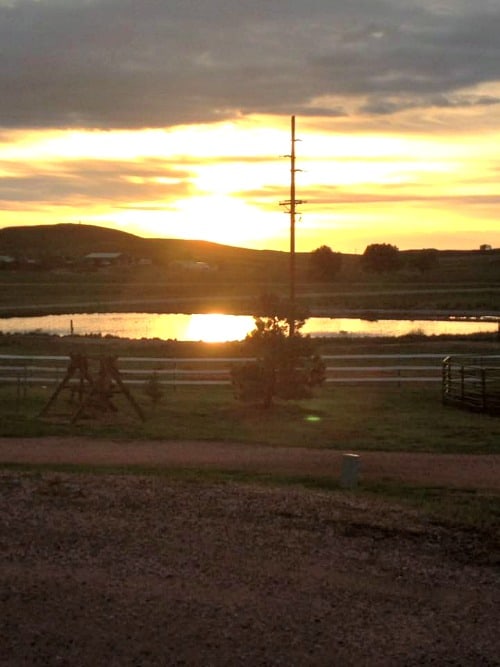 Monday we set out to travel two days to Rapid City, South Dakota. On the way, we stayed just one night in the state of Wyoming, yet it too took a piece of my heart.

I had no idea that Wyoming was filled with rolling hills covered with an amazing blanket in various shades of green. The sunrise as seen from the campground we stayed at was amazing. Wyoming, I am so sorry we couldn’t spend more time getting to know you…perhaps another trip. 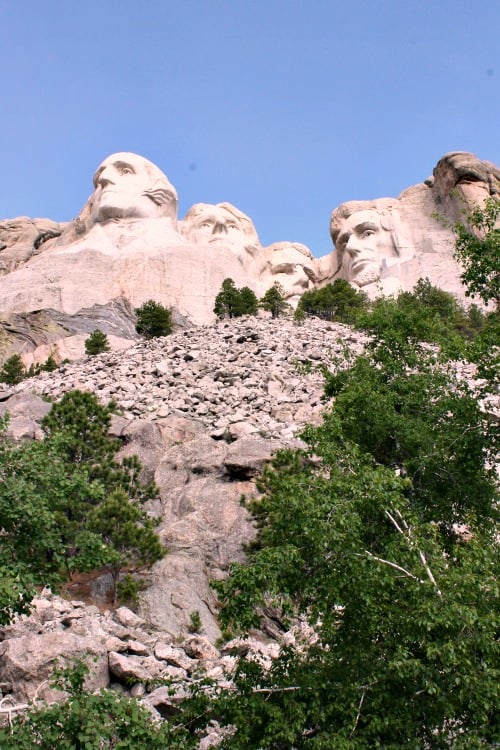 Our first full day in the Rapid City area was cram packed. We started out by hitching up the trailer and taking it to an axle repair shop. We hit a pothole when we were leaving Colorado that bent one of the trailer axles. Thank goodness we were able to find a shop that could fit us in that morning and get it done in just a few hours.

After dropping off the trailer, we headed to Mount Rushmore. There we soaked up the views of the four Presidents carved in stone as well as learned more about why these particular four presidents were chosen as the ones to be carved, how they were carved, and the artist behind the carvings. 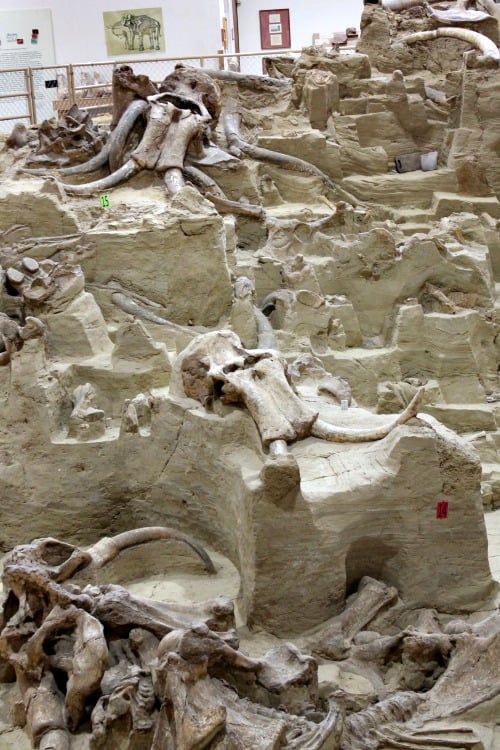 When we were done at Mount Rushmore, we headed back to Rapid City to pick up our trailer and drop it off at the campground again. Once we had set it up, we took off again to the Mammoth Site.

The Mammoth Site is an active dig site where they have discovered over 61 fossils of mammoth skeletons.

For just over $10 per adult, you can take a guided tour of the dig site and it was worth every penny. We learned a lot about mammoths and the dig site. 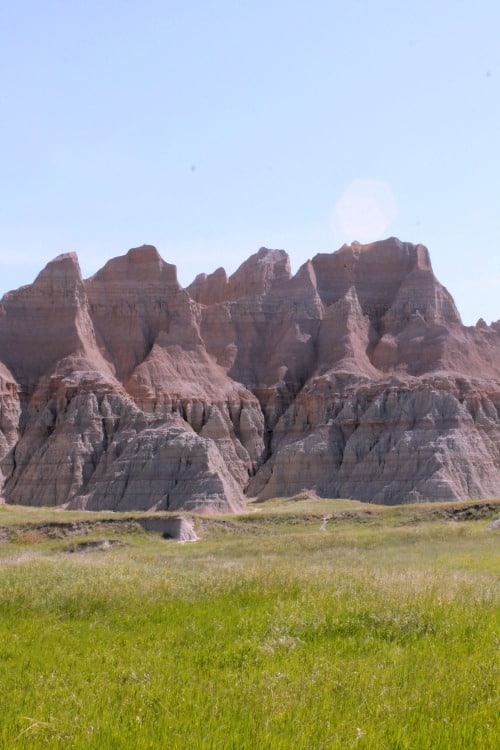 Thursday we headed out early for Badlands National Park. We thought we could beat the heat, but even by 8:00 a.m. it was already hot! We did manage to hike one short trail before the heat got too intense though. After that, we stuck to just walking out at view points from the road.

The Badlands National Park was much bigger than I expected. It took us almost two hours to drive from one end to the other, stopping just briefly at the view points, and we skipped the dirt road half. But it sure was beautiful. 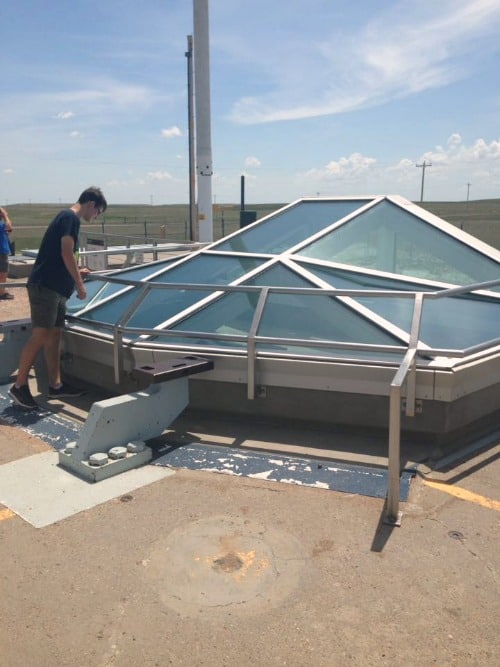 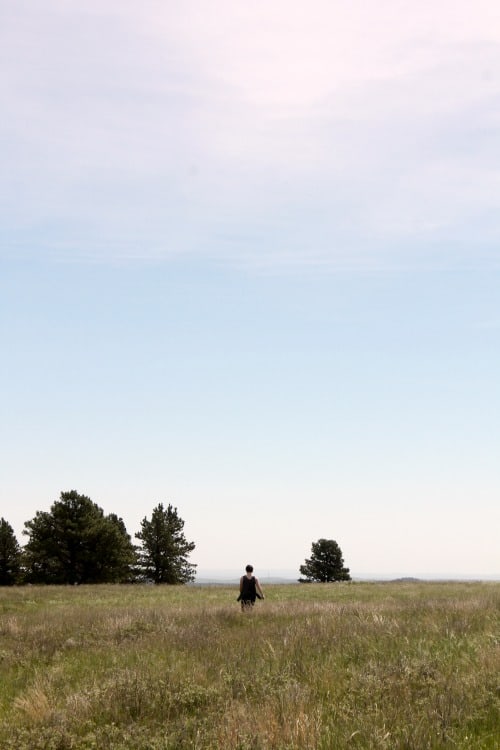 Friday was our last day of exploring before making a beeline for home, and we filled the day to the brim.

We started out by driving the Iron Mountain Road into Custer State Park. Soon after entering the park an entire herd of buffalo passed in front of our truck. They had babies that were so adorable.

We drove down the wildlife loop inside the park seeing prairie dogs, pronghorn antelope, and more buffalo before stopping at the Prairie Trail entrance where we hiked three miles through the prairie lands. It might sound like a boring hike, after all, what is there to see in the Prairie, but turns out there is a lot.

In fact, when I asked the family what was their favorite part of the day while sitting around the dinner table that night, two out of four said the prairie hike was their favorite thing we did that day. We crossed a beautiful little creek, saw various blooming wildflowers, viewed rolling hill after rolling hill, all covered in green prairie grass. 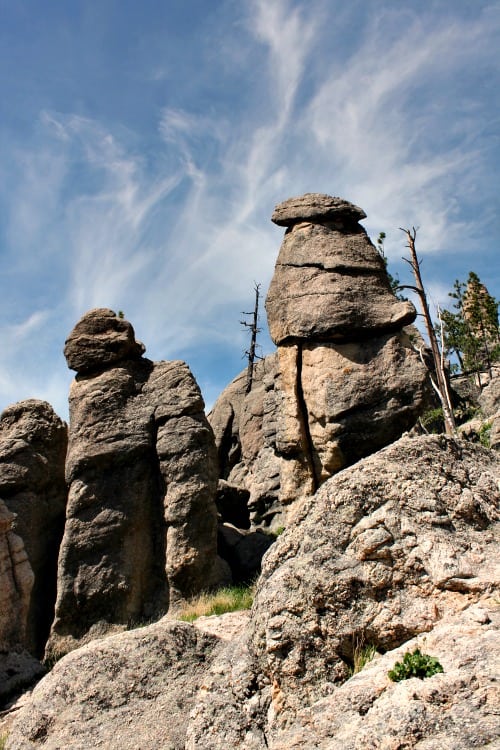 After the hike we headed into Wind Cave National Park, which borders Custer State Park. There we did the Garden of Eden tour. Cave pictures are extremely hard to take, but I did put a few in this Instagram slide of what we got up to on our last day of exploring.

Once we were done with our tour, we headed out of the area through the Needles Highway. At first, it started out with average scenery. Lots of trees and a granite rock here and there and then BAM! These spiky mountains appeared, and they lasted several miles.

We ended the day by seeing Mount Rushmore one more time from a distance as we passed by it on highway 16A.

And now I am in Starbucks writing this update so that it is done before we start two to three full days of travel back to our home in Indiana.

Funny thing is, over the past 5 1/2 months the travel trailer has become home. We all find ourselves calling it “home” and it does feel like home. Who knows what our “conventional home” will feel like when we arrive, but I am sure that the title of home will rightly be transferred back to it in no time. However, the travel trailer will always hold memories of views and experiences our “conventional home” could never provide.