We have been pretty busy during our first week on the road. We are adjusting to RV life. Five people in 300 square feet comes with a few complications, but all are pretty minor.

Our Time In Nashville TN 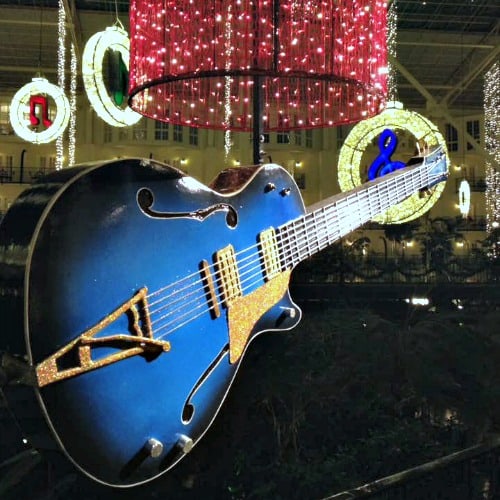 We were initially going to be in Nashville just one night, but then we decided to start our trip two days early. My husband and I both felt that a one night stay might be just a bit too much for our first 24 hours on the road.

I am so glad we did leave early because it allowed us to show our children a few sites my husband and I have seen before, but they haven’t.

One place we took them was the Opryland hotel. It doesn’t cost a penny to wander around the hotel, but parking does cost if you decide to park near the hotel. We walked over from a neighboring shopping mall with free parking and from the looks of things we were not the only thrifty family that did so.

It takes around an hour or so to see the hotels indoor atriums. We went at night, and I think I preferred it better to daytime as the light shows in the atriums were brighter and had more sparkle. 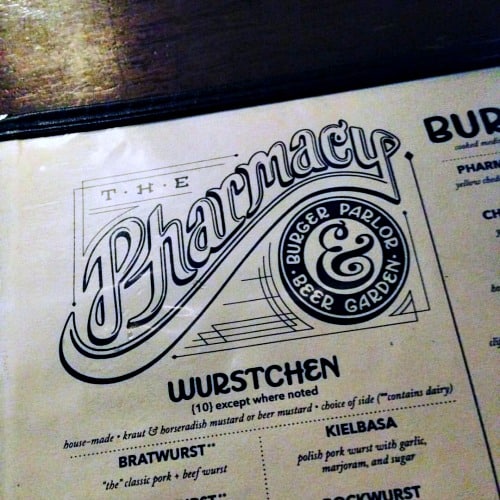 Yelp seems to be an excellent way to discover such places. It helped us find The Pharmacy in Nashville. I had the Falafel burger with sweet potato fries and a ginger phosphate –yum. Normally we just drink water in restaurants, but we made an exception at The Pharmacy since they made original sodas on site.

Everyone in the family was pleased with what they ordered and was full all the way to dinner time–something that rarely happens with our teenagers and 20-year-old son. 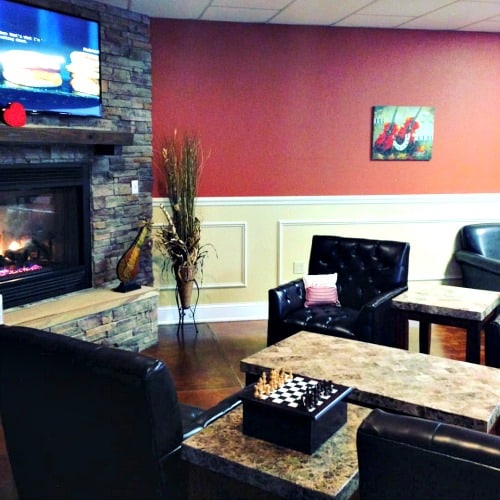 While we were in Nashville, we stayed at the KOA near the Opryland hotel. This probably wasn’t a good idea, only because it SPOILED US. We now know just how good camping can be.

As I said last week the weather was freezing in Nashville the short time we were there causing my husband to worry about freezing pipes. To put his concern to rest, we got a campsite very close to the restrooms so we could dry camp (no water hookup ). I was wondering what the quality of the bathrooms would be like but was very happy to find them well heated and well maintained. They were clean at all times of the day despite the park having numerous other campers.

The park did have free wifi, but it was painfully slow at most of the day. I did, however, find the wifi in the common house to be very fast and the decor in the common room was so comfortable (that is it in the picture above) 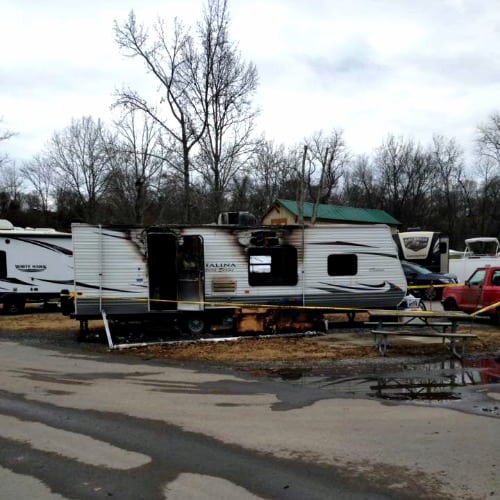 The morning we were pulling out of Nashville my husband took a walk and returned with the news that an RV had burned during the night. Our family somehow slept through it all.

From the details, we were able to get from people at the scene we discovered that the occupant did not survive. The news weighed heavy on our hearts all day. I prayed for his/her loved ones whenever I thought of it.

This incident and a car accident that happened right in front of us in Atlanta have been prominent reminders to both my husband and myself that we are not guaranteed tomorrow.

Don’t put off what you could do today, hug that loved one, end that fight with your spouse, tell your child you love them. 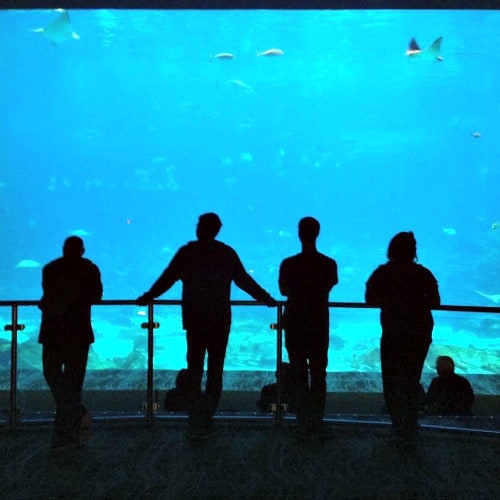 We plan on doing more hiking and biking than visiting aquariums and such on this trip, but we made an exception with Atlanta because they offer a CityPASS that cuts the cost of visiting such local sites almost in half.

I noticed CityPASS also provides a Seattle package, and since we are going to be spending two full days there later in the trip, we might just see the sites it offers there as well. 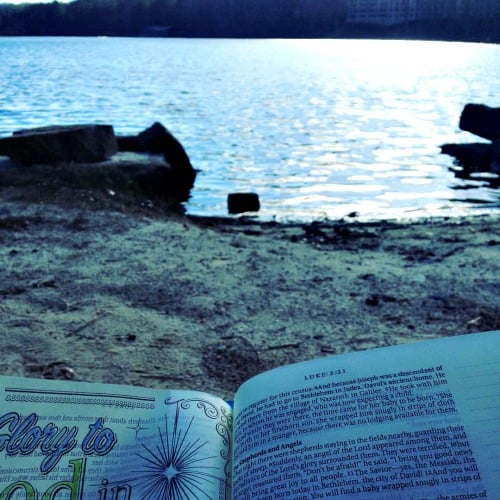 Bible Study By the Lake

Plus, I need to get work done sometime. So far I have found it easier to work in the RV in the morning while the household sleeps (campground wifi is faster in the early morning) and have my quiet time later in the day.

This week I have been packing up my bible, coloring pencils, and a camp chair and heading lake side to have my time of bible study and prayer after we get back from whatever we have been up to for the day.

The view is excellent and even better it is warm! I am wearing shorts in January.

Our family hiked the one mile to the top of Stone Mountain one beautiful afternoon. From the summit, you can see all of Atlanta’s city centers. Honestly, we didn’t even realize Atlanta had multiple city centers until we reached the summit and saw them clearly defined.

My son and I hiked the trail again on Saturday afternoon and then proceeded to get lost trying to find our way back to the campground. Thankfully, my hubby was able to correct our course. I think that is the last time this direction challenged mom will try and head out by herself until we hit more familiar territory again (or at least a smaller center). 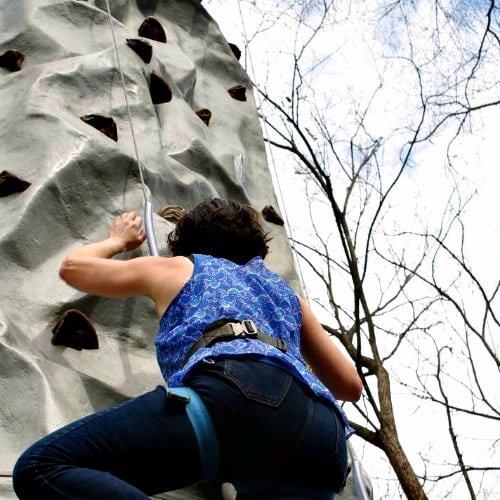 Our eldest son currently volunteers at a zoo and is hoping to work at one once he finishes his degree in biology, so he was thrilled that our cityPASS included tickets to the Atlanta zoo.

The zoo is located in a beautiful neighborhood of brightly colored heritage homes. Our kids caught my husband and I drooling over the architecture of the area as we walked over to eat at Grant Central Pizza. The restaurant is just a short walk from the zoo and serves a pretty mean lasagna.

The zoo itself is small but very clean and has a great variety of animals. My favorite part of the zoo though had nothing to do with animals.

My daughter went up with me first and scaled it like nothing. I tried three times during her climb to make it to the top and another three times while my husband successfully made it up.

I might not have made it up all the way this time, but I did learn something–I love rock wall climbing! 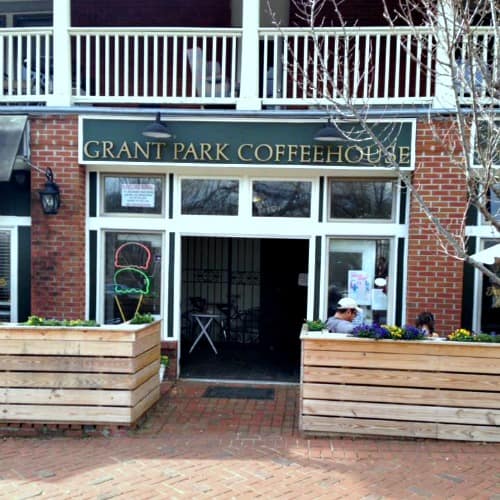 Right across the street from the zoo parking was the Grant Park Coffeehouse. I remembered seeing that they had good reviews on Yelp when I was looking up where to eat lunch in the area.

I hesitated to go since it was late in the day to drink iced coffee (well at least for me) but I am so glad we went! Seriously had the best-iced coffee of my life at this place.

The hubby and one of my sons had a fruit smoothie, and it was incredible too. My daughter had their caramel frappe and again amazing! I know because being the foodie I am I insisted on sampling all of them. 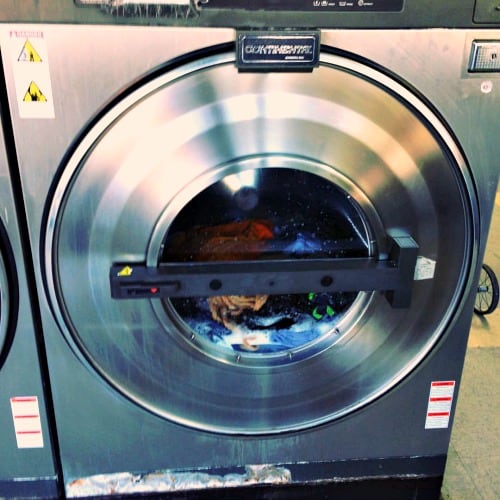 In case you should think we are busy seeing site after site every day I want you to know we still have chores to do. Saturday we took care of laundry and grocery shopping.

Today (Sunday) we went to church (not a chore but a much needed time of worship) and now as I write I am sitting in a local Starbucks writing this post.

The campground does offer free wifi, but it slowed to a crawl, even in the common campground house, Friday evening when the population of the place more than quadrupled. As an Indiana resident I was surprised by this, but apparently, Janaury is prime camping season in the state of Georgia.